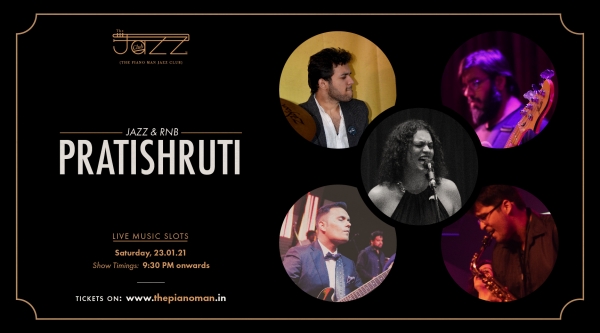 Parvati Krishnan is not just a singer but a unique & musically seamless storyteller who encapsulates expressions in her voice. She imparts a rhythmic subtlety as she fluidly explores genres and styles of singing, smoky timbre, and has the ability to take a song from any genre or repertoire and make it indisputably her own.


An extraordinary experience, Parvati Krishnan is sure to leave you tipsy with her whiskey voice. She promises nuanced delivery that does not come in one, or two but several languages - weaving stories that carry infectious spirit and energy!


Mohan Kumar - Mohan Kumar is a New Delhi based self-trained Guitarist and Producer. He has been actively involved in the Indian music scene for over 10 years. Inspired by Hans Zimmer, Mick Gordon, Allan Holdsworth, Meshuggah, and Aphex Twin, Kumar wishes to continue his journey to become a background music composer. Currently, he's also involved in expanding his horizons in guitar performance and theory under the guidance of phenomenal educator Floyd Francisco Fernandes.
Aniket Chaturvedi - Aniket is a multi-instrumentalist and a producer/composer who's primary instruments are the hindustani flute and secondary being Tenor and Alto Saxophones. Aniket has been training in music for over 20
years with various masters of different disciplines in music. His influences range from his colleagues, seniors, teachers from the Indian music scene to famou

Sonic Shori - Sonic is a professional bassist in the city of Delhi. He is a student of Grammy-nominated Greek- American musician Panagiotis Andreou. He has comprehensive stage experience, and has collaborated with musicians from several different genres including classical, fusion, funk and metal. His playing combines complexity with cohesion, and playing melodies with dexterity, musicality and tenacity. Over the last few years, Sonic has collaborated with several bands in Delhi and across India, such as Kaash, Antariksh, Trizya, and Adil and Vasundhara.


Aditya Dutta is a professional drummer based in Delhi. He is a part of the Pianoman In house band for Sunday Musician Mixers. Performing and collaborating as a sessions drummer in the Delhi independent music circuit for the past 1 year, He has actively played with Rainer pusch (Germany), Karan Khosla Trio, Aditi Dot., Rythem Bansal, Rie Ona (Japan), Ipshita Roy and various other musicians and acts from the city.

He also serves as the drum faculty at various music schools across the city and actively provides private lessons to people keen on learning drums.

Please enter your email address to request a password reset.